Don’t Overlook Your Strengths: If You Are Bicultural, Use It To Land a Job! 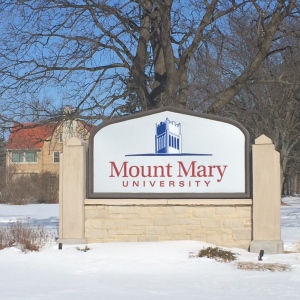 Yesterday I traveled to Milwaukee to lead a workshop for Spanish students at Mount Mary University: “Interviews & Networking: How Do You Highlight Your Spanish Degree?“

As in any workshop, we talked about the importance of showing…illustrating…proving that you have the requisite skills by telling a short, clear, detailed story.

The experiences of someone who is bilingual and bicultural will provide ample examples that can be used to highlight important workplace skills that are in high demand.

Here’s the example I give:

When I was in Spain, I quickly learned about the traditional greeting, “besitos,” that is air kissing on the cheeks.  I understood that you kiss the air to the side of the other person’s cheekbones and don’t actually put your lips on anyone’s face, but a few times I had the awkward experience of almost kissing people on the lips. I asked a friend if it was customary to always go right & put left cheek to left cheek first, then go left.  She had to think about it because it was so ingrained to her as a Spaniard that she had never considered it, but the answers was “yes!”

But that’s not enough.  You have to explicitly tie your story of an multicultural experience to the skills the employer wants. You cannot leave it for the employer to read between the lines and connect the dots for you.  So that would be something like:

This example shows that I am culturally sensitive and self-aware. I recognize my mistakes and take steps to correct them.  I am good at perceiving patterns and making others aware of them in a collegial way.

But that is still not enough.  You still have to customize everything you say to the specific company and the specific job. So that would be something like:

In this company, I will use these skills and experience to [something specific that you know the employer needs in the candidate who will fill the position].

After the workshop, I was a guest speaker in a Spanish conversation course in which most of the students were Heritage Speakers of Spanish.  Again, culture became the focus.

-And bicultural to understand both the distinctly North American Got milk? ad campaign and the distinctly Mexican legend of La llorona. You also have to understand that a literal translation of the English, “Got milk?” will create cultural problems (since “¿Tiene leche?” refers to one’s lactation status).  The cultural elements here are far more complex than the linguistic ones.  The cultural elements are much deeper than a mere translation of words (translating a two word phrase, “Got milk?,” is something anyone with access to an online dictionary can do, but understanding the cultural implications of doing so is not.)

Understanding the value of this bicultural knowledge was the struggle for the conversation students I met with yesterday.

They could come up with endless examples of interpreting or translating that they thought would help them in job interviews:

-“A Spanish-speaking woman came to get a credit card at the bank where I work. I was the only person there who spoke Spanish and that success meant that more clients in that woman’s extensive social network were referred to our bank branch.”

-“The Spanish-speaking shopper at the Kohl’s where I work could only use the language she is most comfortable with–Spanish–when checking out with me.”

-“At the clinic where I work, I could interpret for Spanish-speaking patients.”

-“I was able to interpret in a court setting for my Spanish-speaking grandfather–and they said that they are desperate for court interpreters there.”

-“As a volunteer at a rape crisis center, I was able to work with Spanish-speaking survivors.“

These are all great examples–and they should definitely be featured in job search documents and interviews. But most of these examples overlook the rich cultural content that only a bicultural person can contribute to a workplace setting.

I had to push students to layer cultural content onto their answers. This is precisely what will make you stand out from among all the competition in the job search–and you take it completely for granted!  Instead of thinking it’s not important, you have to highlight it.

In the banking context, do you understand the distrust some have of banks because of so many bank failures in home countries? Including education about the banking system in the US and FDIC backing is something you can contribute at your job–and it will help the social network that was deployed in the above example.

In a medical clinic, you’ll run into words that seem like cognates but are not. Yesterday, we talked about two: sufrir and intoxicar. But beyond that you will have to be the intermediary when cultural differences emerge: perhaps with the quantity of family members involved in making medical decisions or scientific knowledge that is simply interpreted differently in different parts of the world.

In a court setting, you should be the resource who knows about laws that impact Spanish-speakers in the US. Just this week Obama signed the executive order that provided Deferred Action for Childhood Arrivals (DACA) and two days later the ruling of a federal judge in Texas interrupted the execution of that order.  Someone has to follow all this constantly-changing legal standing and be available to communicate it clearly to those it most impacts. This is you, bicultural students with an inclination toward court interpreting!

In a rape crisis center, you have similar responsibilities as a bicultural individual. In addition to all the legal, social and psychological considerations that apply to all survivors, you will be the person who understands the Spanish-speakers’ additional concerns about legal status, one’s rights when confronted by law enforcement, and the fine line between seeking help and avoiding family separation.

When preparing for your networking and interview experiences, take the extra time to layer on the cultural contributions that come with your bilingualism!