Are You Ready to Answer Interview Questions in Spanish? 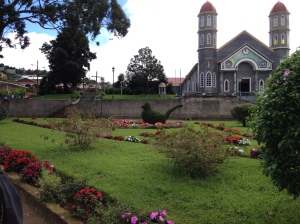 If your resume indicates that you speak Spanish (or any language other than your first), are you ready to prove that in an interview?

At any moment the interviewer might switch to the language that you claim to speak and ask you a question.

There are two general ways this plays out:

1- If you claimed on your resume that you were proficient in some way (as in studied Spanish throughout college, maybe with an abroad experience), you will probably get a generic question that is simply aimed at testing whether or not you really have those abilities.  It might be something like, “I see on your resume that you speak Spanish. Tell me about that.”

In this case, you have to give a brief summary of your skills & experience, then connect it to the specific job you are interviewing for–say how you will use your language skills and cultural experiences.  It’s important to prepare for this so that you don’t make careless mistakes.

Here are some YouTube clips that show the “before” answers of candidates who are unprepared to talk about their language skills in the context of a job interview as well as the “after” answers that they have prepared and practiced:

2- If you claimed on your resume that you were completely bilingual and you are interviewing for a job where fluent bilingualism is required, you have to be prepared to do anything in both languages.  The interview might be half in one language and half in the other.

For this scenario, practice answers to the same questions in both languages.  If “advocacy” and “strategic planning” are listed in the job ad, you may have a wonderful answer related to those qualifications ready to go in English. But if those same questions were asked in Spanish, would you be able to answer?  Yes! As long as you had prepared by making sure that you had reviewed the relevant vocabulary and practiced your answers in both English and Spanish.

This issue here isn’t fluency, but rather the fact that we all learn most things and conduct subsequent discussions of the topic in only one language. This is especially true of highly-specialized content. For example, I have only ever studied art history in Spanish so I never developed the vocabulary in English to talk about art & architecture. But I could–it would be a simple matter of using an online dictionary and practicing answers to likely interview questions in both Spanish and English.

Our languages–even when were are fluent speakers of more than one–are context-specific.  To prepare for a bilingual interview, you have to broaden your linguistic flexibility so that you are ready to deliver answers to commonly-asked interview questions (see examples here, here, and here) in both languages.

Darcy Lear is a career coach specializing in academic writing, job search documents, professional school applications, and interview preparation. For one-on-one support in preparing for your job search or to set up a campus workshop, contact Darcy: darcylear@gmail.com
Advertisement

This entry was posted in darcy lear, interview prep, Job Interview Questions and Answers in Spanish. Bookmark the permalink.