Do You Know Enough About Your Dream Career?

It always surprises me when I work with clients who say “I really want to work in LA” or “I want to apply my skills in the interior design industry,” but then when I probe as to why and what that person already knows about the place or the industry, they know almost nothing. It’s as if they are school children daydreaming about careers they might like to have some day or exotic places they think would be exciting to live in. 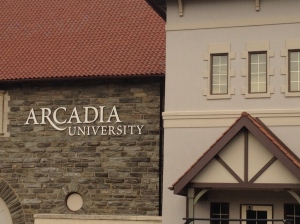 Here’s an example that comes form the job search workshop I led for language students at Arcadia University in November 2013.  One guy wanted to pitch his dream job: working in Chicago as a musician & tour guide. That definitely sounds like one of those aforementioned fantasies.

But if you really want to turn it into a reality, you have to:

For this student, the first step was talking to someone who knew enough about the tourism industry in Chicago to get started on the research that can make him sound like he knows what he’s talking about. Sadly, this networking didn’t extend to any direct contacts in the relevant industries, which would be ideal.

That initial networking and researching yielded enough results to draft a pitch (we were working on “using the elevator pitch to answer commonly-asked interview questions“).

Here’s the well-informed pitch we designed based on the little bit of networking and research we could do on the spot.  It’s enough to convey that the student is informed and passionate:

1) I know that the city of Chicago is working to attract more international tourists through “Choose Chicago,” the chairman of which is former Obama appointee, Desirée Rogers.

2) the city has a practically bottomless list of specialized tours, but none of them are both music-based and delivered in a language other than English.

3) I can do both of those things: give music-based tours in Spanish and German.

There’s a lot more work to do here–proving that you know the music scene, proving that you speak Spanish and German well enough to provide compelling tours for international visitors. And those things would all have to be accomplished through the ongoing process of researching, networking, applying, and interviewing.

Darcy Lear is a career coach specializing in training students to highlight their language studies so they stand out in the job search and workplace. For one-on-one support in preparing for your job search or to set up a workshop, contact Darcy: darcylear@gmail.com
Advertisement

This entry was posted in Career Advice, interview prep. Bookmark the permalink.

1 Response to Do You Know Enough About Your Dream Career?